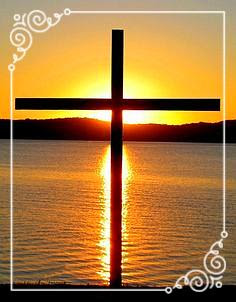 Good Friday is more poignant than most of the holidays we celebrate. It is and should be a most precious day to Christ-followers around the world. Honored as the day Christ died, it was certainly “NO ORDINARY DAY”. This Day points to Jesus Christ – who He is and why He died. On this day, His death on behalf of sinners was marked by indescribable love amid unfathomable pain.

Good Friday is No Ordinary Day because of:

WHO DIED THAT DAY — (Mark 15: 34,37) Jesus Christ, the sinless Son of God, paid the ultimate price for us. The Author and Giver of Life, dying. A paradox!

I. His death was a VICARIOUS death. – (v. 34) in that He died when the Passover lambs were slain and sacrificed in the temple. He died as the ultimate Substitute Lamb!

For it to be vicarious, it must be:

So, the Lord Jesus was made a curse for us, and bore our sins. We feel the torment of His penalty when He cried: “My God, my God, why has Thou forsaken Me?” With grave physical brutalization was the mental anguish we cannot fathom, when God the Father Himself had to turn away from His beloved son, and pour out Divine wrath upon Him as He carried the ugliness and tragedy of the world’s sin upon His Holy head.

II. A VOLUNTARY Death. – (v. 37) In all things Christ has the preeminence. His birth was different from all other births; His life unlike any other. His death was likewise distinct. The Creator voluntarily subjected Himself to the inhumane punishment of His creatures! In John 10:17-18, Jesus said “The reason My Father loves me is that I lay down my life—only to take it up again. No one takes it from Me, but I lay it down of My own accord. I have authority to lay it down and authority to take it up again.” He died, not as we die when our hour comes, not because He was compelled, and could do no other. But He willingly chose to submit to death. Jesus was very much aware of what’s going on. It was only when He knew the task for which He came to die had been accomplished, that He freely gave up His spirit — soon thereafter to commit it unto the care of His Father.

III. A VICTORIOUS Death. — (v. 37) “With a loud cry, Jesus breathed his last.” (NIV) “Jesus cried with a loud voice, and gave up the ghost.” Normally, those who are dying have weak, whimpering, gasping voices, especially those dying by crucifixion. Not with Jesus! He was in control until the end. With enough energy for a loud cry, He gave up His spirit to the Father: It is finished! The salvation of His people was secured! The debt of sin has been paid for! The just requirement of God’s law has been satisfied! There is now eternal life and hope!

Amid the apparent withdrawal of the sense of His Father’s presence, we see Jesus’ faith in His Heavenly Father. When He said, “My God,” He implied the strength of His unswerving faith whereby He firmly apprehended the gracious aid of His Eternal Father. Though His cry was a distressful cry, it was not a distrustful cry. His faith in God triumphed!

How then should we respond?

We must consider the exceeding heinousness of sin that made Christ hang on the cross in bitterest agony, crying in anguish to His Father. You and I MUST hate sin, and live holy lives –“For Christ’s love compels us, because we are convinced that one died for all, and therefore all died. And He died for all that those who live should no longer live for themselves but for Him who died for them and was raised again.” (2 Cor. 5:14-15). “I have been crucified with Christ and I no longer live, but Christ lives in me. The life I live in the body, I live by faith in the Son of God, who loved me and gave Himself for me.” (Gal.2:20)

If we truly love God, if the sacrifice of Jesus on the cross has any impact on us, let us recommit our lives in complete surrender and obedience to Him. Good Friday – the day God showed His ultimate Love for us was no ordinary day.

Let us thus respond by making this day – and everyday a ‘No Ordinary Day’ within our souls. Let us dedicate our lives daily to His Mission, unto His Praise, for His Glory.