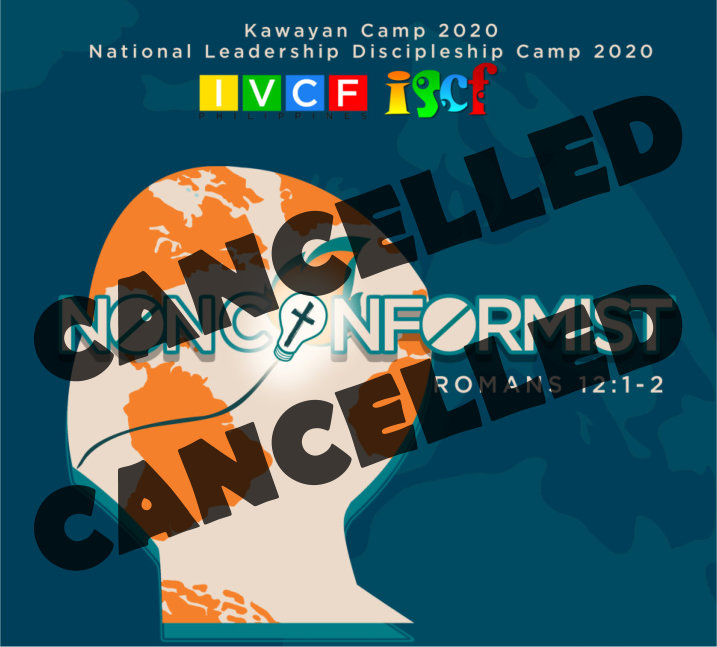 With the declaration of a public health emergency by the national government because of the escalating CoVid-2019 issue, IVCF has cancelled its two national camps – the ISCF National Leadership-Discipleship Camp (NLDC) and the Summer Kawayan Camp (KC). These were to be held simultaneously in Murcia, Negros Occidental from April 20-27 (NLDC) and from April 20-May 5 (Summer KC).

Likewise, all summer camps and events in the nine (9) regions until end of April are cancelled or postponed until further notice. For a list of these camps, please see below.** We will monitor the developments and will adjust as the national government adjusts its actions, and will issue a follow-up advisory.

IVCF is committed to the health and safety of our students, staff, and resource persons. We are also committed to working with the Filipino people and the national government to curb the spread of this disease thus we are abiding by the advisories of the Department of Health and the Department of Education to avoid large gatherings for the meantime.

In the meantime, we continue to ask God to arrest the spread of the virus here in the Philippines and in the world. We pray for the poor and the most vulnerable that they will be spared. We pray for God’s people to be the voices of hope and reason to combat fear. May we also take every opportunity to practice love for our neighbor with the choices we make in response to the threat. Finally, we pray for our government, national and local, that they may act with wisdom, compassion and true service.