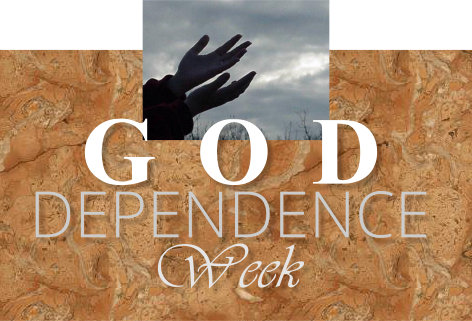 What is this for?

June 2013, we had a week of prayer and fasting to begin the new school year. It was a special year because it was our 60th anniversary. Later, we decided that it is a good practice to start every school year on our knees, acknowledging our total dependence on God. It is good for us to remember that He is our Creator, our Sustainer and the One for whom we live. The week of prayer and fasting is also our way of saying that anything that will be accomplished in and through the IVCF ministry this school year will be purely by the grace and power of God.

How to use this guide

This year’s guide was written as part of the celebration of the 60th anniversary of Inter School Christian Fellowship.

This guide can be used by individuals or by groups. IVCF students are encouraged to meet with others between 10am to 3pm to fast and pray.

Do take time to quiet yourself, don’t rush. Allow the Scriptures to resonate in your heart. Welcome the Spirit to search you using the questions.

Finally, pray in response to God’s promptings. The prayer points are general in nature because we believe God will prompt you what to pray for.

As we celebrate ISCF 60th Anniversary, it is good to look back and remember how the Lord has blessed and sustained us in doing this ministry. Surely when we do it, we will have a thousand or more reasons to offer Him thanksgiving and praise. Since I myself am not a product of ISCF, I have to do a little research about ISCF history to know how the Lord has been using this ministry to reach out to the high-school students and bless many people in the last 60 years. I have to investigate because I believe that in doing this I would also be able to somehow see and receive the good things that the Lord has done in the History of ISCF.

Then, wholeheartedly and with all sincerity, I can say “Thank You” to our God. Yes, because I believe that when we express gratitude to God, we enter into a cycle of joyful relating with him. We take in his love, feel a deeper connection with him and experience joy. Today’s passage invites us to express gratitude to God for his good gifts.

Warming Up to God

What are you grateful for ISCF ministry? Express your thanksgiving to God.

Pray for ISCF Chapters, being grateful of and motivated by God’s faithfulness, that they may move out further to reach out and engage other high-school campuses with the gospel of Jesus Christ.

Pray for every member of the IVCF movement – students, graduates, volunteers, donors, staff and board members – to always remember God’s faithfulness and be grateful to the Lord.

Take a look how ISCF ministry started in the Philippines. Who are the people behind the scenes where ISCF existed for 60 years now?

The first Filipino staff worker, Tomasa Francisco, pioneered the ISCF work. ISCF clubs were formed in several high schools in Manila, Quezon City, Caloocan City, Cavite and Calapan, Mindoro. Tomasa was able to manage the work with the help of the ISCF sponsors (now called counselors) who volunteered their help to reach out and disciple high school students. Through their support, ISCF work expanded to different regions in the country. (ISCF Counselors’ Handbook, The ISCF Ministry)

Take a kneeling position and quiet yourself before God. Spend the next 5 minutes

Read the verse below slowly. Re-read it and allow the words to echo in your heart and mind until you have memorized it.

Therefore, my dear brothers, stand firm. Let nothing move you.

Always give yourself fully to the Lord, because you know

That your labor in the Lord is not in vain.

We must recognize that in life in the fallen world around us were all there were to life, our labor would be in vain.

Were you able to recognize the Lord in everything you do?

Pray for yourself according to how God’s Word has moved you today.

Pray for every ISCF-IVCF staff workers, GT, volunteers, counselors who worked with ISCF to stand firm- that nothing will move them as they work in the campuses.

Pray for the ISCF chapters that existed all over the country (Luzon, Visayas and Mindanao).

Kneel down. Quiet your soul. Spend the next five minutes or so being silent

Read the verse below slowly. Re-read them and allow the words to echo in your heart and mind until the Word speaks to you.

For the Lord is good. His love endures forever. His faithfulness continues through all generations
Psalm 100:5

Allow the spirit to search your heart using these questions:
Are you thankful enough for God`s faithfulness in your life?
What are your prayers for the next generation?

This year the Inter School Christian Fellowship will be celebrating its 60th anniversary. This ministry reached a lot of high school students throughout the years

Pray that they will continue to have the joy in serving Christ through this ministry and that more young people could hear the word of God.

Sixty years of reaching the students in different high school campuses. Students change from one generation to another. Inter-School Christian Fellowship had reached four generations for Christ. The first Generation reached were the Baby Boomers (1945-1946). This generation expected some degree of defense to their opinions and is often described as workaholic. The second generation is described as a generation who is comfortable with authority, hardworking as needed, and values the importance of work and balance. This generation is known as Gen X (1965-1979). The third generation is Gen Y also known as Millennials (1980-1993) where most of the ISCF counselors come from. This generation strongly believe that respect must be earned. They are tech- savvy, goal and achievement oriented. The present type of high school students we are reaching belongs to Gen Z (1995+). They are identified as digital natives, fast decision makers, and highly connected.

We praise God for how the Lord sustained us and equipped us by His grace to reach-out these generations. Pause for a while and thank God for what the Lord has done to ISCF Ministry through the years.

Generation Y is also known as Zees, Global Gen, iGen, Click ‘n go kids, Screenagers, Bubble wrap generation, Tweens, Zees, Gen Z, Cotton wool kids, Upagers, The Zeds and Teens. According to Martin Saunder, Gen Z are highly connected digital native. They want to change the world. They are worried about the future. They embody diversity. They are morally more conservative than their elders in terms of use of alcohol, drugs and cigarettes.

The following are the six defining characteristics of Gen Z from a study of Dr. Tim Elmore.

During Graduate Team and Graduates Conference, Di Fernandez, the IVCF Field Director and former ISCF National Coordinator, shared her personal experiences with this present generation of high school students. According to her, Gen Z are more connected but less secure, more provided for but less satisfied, more information but not always wisdom and more choices but not always coherence.

She emphasized the following needs in engaging the youth;

We still have so much to learn from this generation. Because knowing them is a gateway in addressing their needs and becoming relevant in reaching them for Christ. We need to do more one-on-one mentoring with emphasis on coaching, more accountability, more modelling on responsible media use and more equipping for media literacy and capitalize on teaching moments.

Pray that ISCF ministry will be more relevant, efficient, effective and faithful to its calling to reach, disciple students and raise leaders.